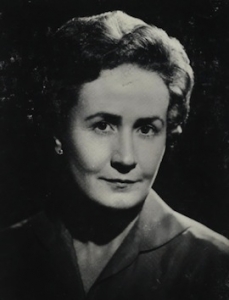 Born in Scotland but brought up in various parts of the United Kingdom, she attended St. George’s School, Edinburgh and Harrogate Ladies College. In 1941 she married Doctor David Burnford, with whom she had three children. During World War II she worked as a volunteer ambulance driver. In 1951 she emigrated to Canada, settling in Port Arthur, Ontario.

Burnford is best remembered for The Incredible Journey, published by Hodder & Stoughton with illustrations by Carl Burger in 1960. The story of three animal pets traveling in the wilderness won the Canadian Children’s Book of the Year award in 1961 and the ALA Aurianne Award in 1963 as the best book on animal life written for children ages 8–14. It is marketed for children but Mrs Burnford has stated that it was not intended as a children’s book. It was a modest success commercially and became a bestseller after release of the 1963 Disney film, The Incredible Journey. (The film was remade in 1993 as Homeward Bound: The Incredible Journey.)

Burnford later wrote other books on Canadian topics. Another was One Woman’s Arctic (1973) about her two summers in Pond Inlet, Nunavut on Baffin Island with Susan Ross. She traveled by komatik, a traditional Inuit dog sled, assisted in archaeological excavation, having to thaw the land inch by inch, ate everything offered to her, and saw the migration of the narwhals. This is a world that has experienced unlimited change, but Burnford saw the best and worst of Pond Inlet at a time gone forever.

She died of cancer in the village of Bucklers Hard in Hampshire at the age of 65.

The Incredible Journey: A Tale of Three Animals (1961) 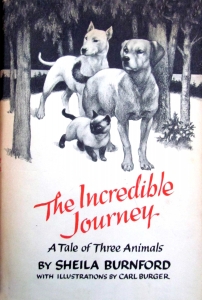 A yellow lab, an ancient bull terrier and a Siamese cat make their way home across two hundred and fifty miles of Canadian wilderness.