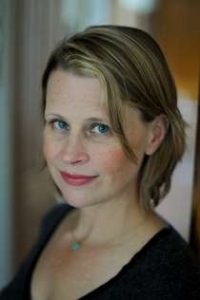 I was born in Baltimore, Maryland. So were both my parents. All my grandparents were from Maryland too. Most of my family still lives in Baltimore. It’s that kind of place.

As a little girl, I took ballet lessons and violin lessons and gymnastics. My father had a sailboat and we went sailing a lot. I liked to read and write stories. To my regret I have always been terrible at any kind of art, even coloring. In school my favorite subjects were spelling and reading and French. Later, in high school, I studied Russian and Spanish. I’ve always liked foreign languages.

In college I majored in Russian Language and Literature and went to St. Petersburg to study for a semester. Russia was still the Soviet Union, and St. Petersburg was called Leningrad then. It was weird and interesting and fun and cold.

After college I moved to New York. I wanted to be a writer, but I wasn’t sure how to do that, so I worked in a bookstore and then took a job in publishing, which turned out to be a good idea.

I worked in the Children’s Book department of Random House for three years, moving from editorial assistant to Assistant Editor. It was the perfect apprenticeship for me. But I wanted to be a writer, not an editor, so I quit and became a full-time freelancer. I started out writing easy readers, picture books, and chapter books for younger children, and now I’m writing for teens. 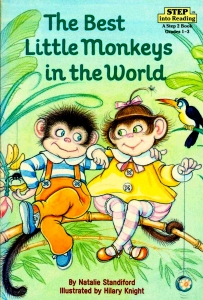 Marvin and Mary take care of themselves while Judy babysits the telephone.