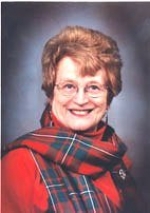 Margaret Fishback, later Margaret Fishback Antolini (March 10, 1900 – September 25, 1985), was a relatively well-published American poet and prose author from the late 1920s until the 1960s. Born in Washington, DC, she earned a degree from Goucher College before joining Macy’s as a divisional advertising copywriter in 1926. During the 1930s she was reputed to be the world’s highest-paid female advertising copywriter. She was published in The New Yorker, the New York Herald Tribune, and several well-known women’s magazines.

Her books were published under the name of Margaret Fishback.

After she married Alberto Gastone Antolini, her name was changed to Margaret Fishback Antolini.

This is a collection of humorous verse about members of the animal kingdom.