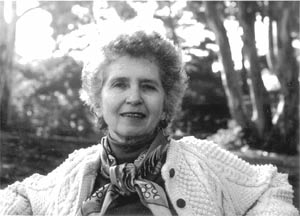 I was born in the Bronx, New York City. The street I lived on had no trees or flowers, but it had children – lots and lots of children. The street didn’t go anywhere important, and cars seldom came through. In the summertime, it was frequently closed to traffic.

Every day, after school, and all day Saturday and Sunday, the children spilled out of the tall apartment houses that ran down the block, and filled the empty spaces on the street and sidewalks. Something was always going on outside. Our family was poor, but so was everybody else on the street. We children played hard, and as we grew older, roamed confidently through other parts of the city.

The only fly in the ointment was that I was a shameful coward. Small, skinny, and a crybaby, I was an easy prey for the local bullies. My safe haven when somebody was after me was the public library – in fact, the Morrisania Branch of the New York Public Library.

My books brought me such comfort (and still do) that I determined quite early to be a writer. I have been writing just as long as I have been reading.

I wrote all through elementary school, high school and college. I worked on school newspapers and magazines. But when I graduated from Hunter College in 1949, I didn’t seem to have much to write about. So I took a job with the Brooklyn Public library as a children’s librarian, went to Columbia University for my master’s degree in library science, and spent ten happy years working with children’s books.

During this time I wrote my first book, AMY MOVES IN. It took ten long years before it was published. Since then, I have had many other books published, and am usually working on one at any given time.

I have two grown up children, and five grandchildren. Now, I live in San Francisco with my husband, Morris, a sculptor. One final word of encouragement to those of you who are cowardly, cry babies, and liars, as I was. These are extremely promising qualities for future writers. If you are a coward, you will probably spend more time at the library than you would ordinarily, and if you tell lies, it just shows that you have an imagination even if others don’t always appreciate it. Cry babies tend to be sensitive, which is also a plus for writers. When I grew up, I found that I had become a great expert on bullies, and my books are full of them.

So, don’t feel you have to be smart, beautiful, brave and popular to become a writer. Or even to be a good speller. Losers often grow up to be writers, which means we have the final word. 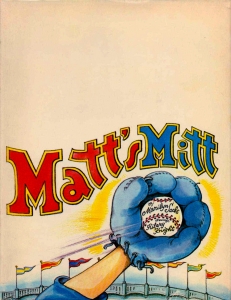 When Matt is born his Uncle William Edgar gives him a baseball mitt, and thereon hangs a tale.