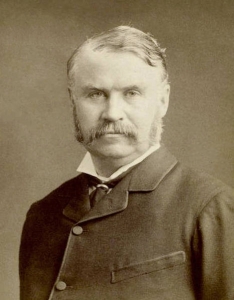 Sir William Schwenck Gilbert (18 November 1836 – 29 May 1911) was an English dramatist, librettist, poet and illustrator best known for the fourteen comic operas (known as the Savoy operas) produced in collaboration with the composer Sir Arthur Sullivan. The most famous of these include H.M.S. Pinafore, The Pirates of Penzance and one of the most frequently performed works in the history of musical theatre, The Mikado. These, as well as several of the other Savoy operas, continue to be frequently performed in the English-speaking world and beyond by opera companies, repertory companies, schools and community theatre groups. Lines from these works have become part of the English language, such as “short, sharp shock”, “What, never? Well, hardly ever!”, and “Let the punishment fit the crime.”

Gilbert also wrote the Bab Ballads, an extensive collection of light verse accompanied by his own comical drawings. His creative output included over 75 plays and libretti, numerous stories, poems, lyrics and various other comic and serious pieces. His plays and realistic style of stage direction inspired other dramatists, including Oscar Wilde and George Bernard Shaw. According to The Cambridge History of English and American Literature, Gilbert’s “lyrical facility and his mastery of metre raised the poetical quality of comic opera to a position that it had never reached before and has not reached since.” 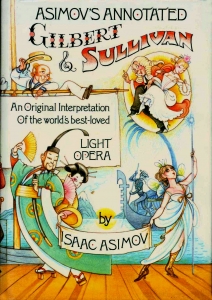 A fresh and illuminating interpretation of the famous operettas by Gilbert and Sullivan. Includes all of the librettos.