Roy Gerrard was an author and illustrator who charmed children with his bouncy rhymes and thumb-shaped characters acting out their adventures -- and misadventures -- in sumptuous period settings.

He was born in Atherton, Lancashire, and left school at 13 to train at Salford School of Art, intending to make a living as an abstract oil painter. Instead, he became an art teacher and department head.

His watercolors filled more and more of his time until he gave up teaching in 1979 to devote himself to painting full-time, which soon led to a new life as an illustrator and versifier. Victor Gollancz began to publish his work in England in 1982, and Farrar, Straus promptly followed suit with The Favershams, a fondly satirical tableau of upper-class Victorians.

His books were translated into virtually all European languages, and his art was exhibited regularly on both sides of the Atlantic. Three of his titles were chosen as best illustrated books of the year by The New York Times Book Review: The Favershams (1983), Sir Cedric (1984) and Sir Francis Drake (1988).

Mr. Gerrard published a dozen picture books, easily identifiable by his trademark, small, intricate watercolors that he himself defined as “remorselessly whimsical.” The characters were all roly-poly and flattened on top, drawn with minimalist attention to detail. The accompanying texts came in a suitably droll, jaunty verse style tinged with satire and representing, again by his own description, “deathless doggerel.”

His intended audience were grade school children and kindergarteners, even children of preschool age. A schoolteacher, Mr. Gerrard had turned to drawing and painting in 1972 after a rock-climbing accident left him immobilized for months. 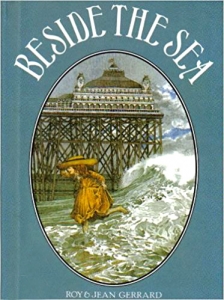 Matilda Jane enjoys a seaside holiday during the reign of King Edward the seventh. 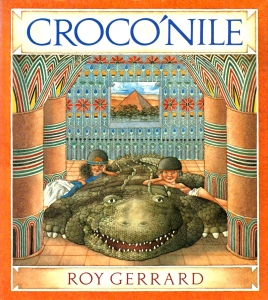 Hamut and Nekatu escape from slave traders in ancient Egypt with the aid of their pet crocodile. 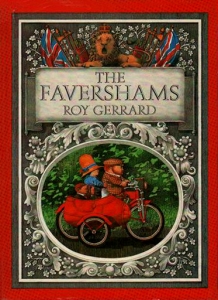 A pictorial album illustrating the life of a Victorian family. 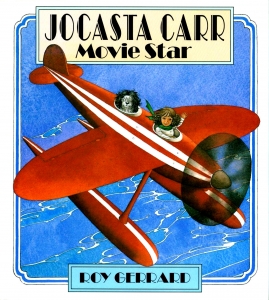 Jocasta Carr sets out in her seaplane to rescue her dog Belle who has been stolen by an unscrupulous film producer. 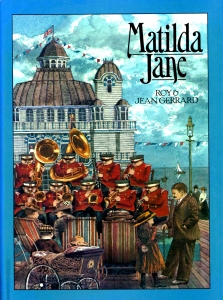 Matilda Jane enjoys a holiday by the sea during the reign of king Edward the seventh. 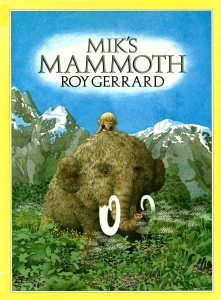 Abandoned by his tribe, Mik rescues and tames a baby mammoth and is soon elected to lead the tribe. 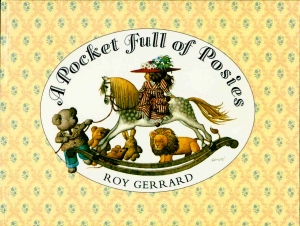 A collection of favorite nursery rhymes. 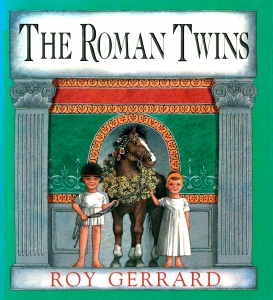 A pair of Roman twins escape from slavery with their master’s horse Polydox and go on to rescue Rome from the Ostrogoths. 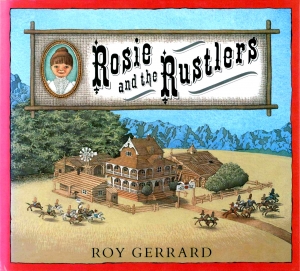 When Greasy Ben rustles Rosie’s cattle, the Cherokee turn out to help her get them back. 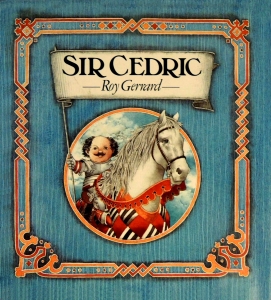 Sir Cedric sets out on a quest, rescues a fair princess and defeats a villainous knight. 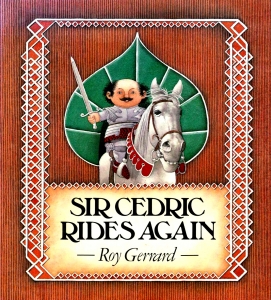 Sir Cedric takes his family on pilgrimage to Jerusalem and misplaces his daughter Edwina the Fair. 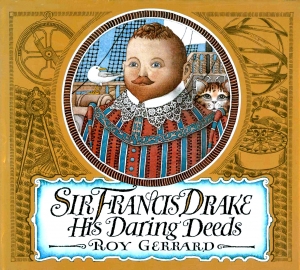 From cabin boy to admiral of the English navy, Sir Francis Drake was a bold adventurer. 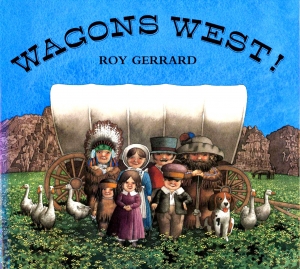 Pioneers head west to the Oregon territory by wagon train.