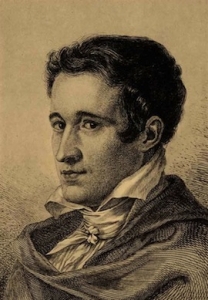 Jacob Ludwig Carl Grimm was a German philologist, jurist and mythologist. His brother was Wilhelm Grimm.

He is best known as the discoverer of Grimm’s Law (linguistics), the author (with his brother) of the monumental Deutsches Wörterbuch, the author of Deutsche Mythologie and, more popularly, as one of the Brothers Grimm, as the editor of Grimm’s Fairy Tales. 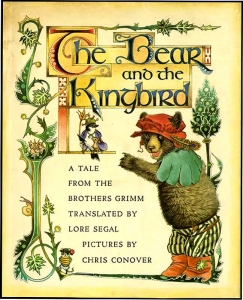 When the bear insults the kingbirds’ chicks, a humorous battle ensues between the land animals and the flying creatures of the world.

Fairy Tales of the Brothers Grimm (1900) 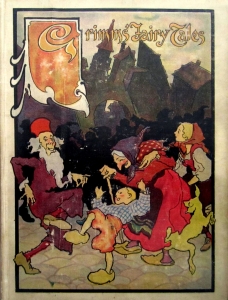 A large collection of the Grimm’s tales. Color frontis, other illustrations are in black and white. Read for free online at HathiTrust.

Fairy Tales of the Brothers Grimm (1909) 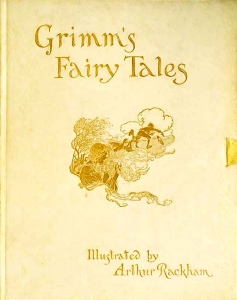 This is Rackham’s definitive edition of Grimm with many colored illustrations. Read for free online at Internet Archive.

The Giant with the Three Golden Hairs (1955) 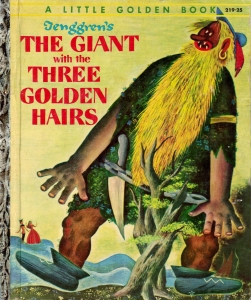 A poor boy marries the king’s daughter, but must bring back three golden hairs from the king of the cave giants.

The Golden Bird and Other Stories (1922) 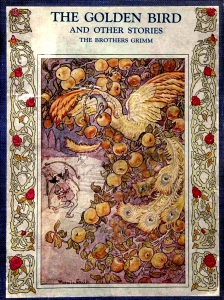 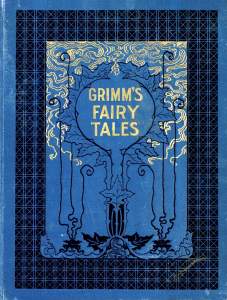 Twenty-eight tales from the Brothers Grimm. Read for free online at the University of Florida. 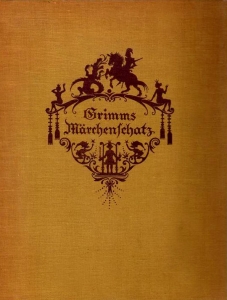 A selection of the tales of the Brothers Grimm with thirty-two color illustrations by Tenggren. The text is in German. 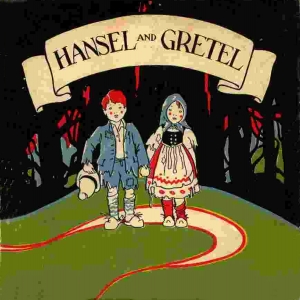 Lost in the woods, two children come upon a gingerbread house. 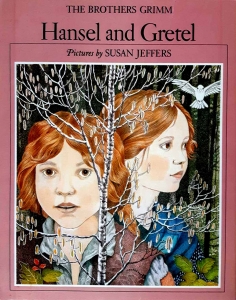 Abandoned in the forest, Hansel and Gretel must defeat a wicked witch before finding their way home. Two children lost in the woods come upon a cottage made of gingerbread. 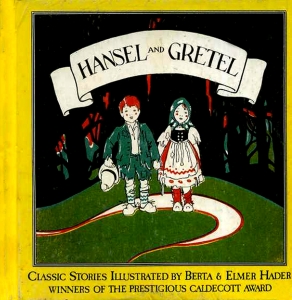 Two children lost in the forest come upon a cottage made of gingerbread. Abandoned in the woods, the two children must first defeat an evil witch before finding their way home. This is the revised edition.

Hansel and Grethel & Other Tales by The Brothers Grimm (1920) 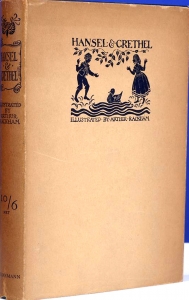 This was a reprint of roughly half the tales included in the 1909 edition of Fairy Tales of the Brothers Grimm. Read for free online at HathiTrust.

The House in the Wood and Other Old Fairy Stories (1909) Ten old fairy tales, including The Bremen Town Musicians, The Brave Little Tailor and others. A girl, a grandmother, a wolf and a woodcutter star in this well-known tale. Thirty-two more tales from the brothers Grimm, including ‘Sleeping Beauty,’ ‘Six Swans,’ and ‘The Shoemaker and the Elves.” A selection of lesser known tales from the brothers Grimm. The second half of the Grimm tales from the 1909 edition comprising thirty tales. The cover is from the 1923 reprint by Doubleday. The image above is from the 1920 Dutton printing. Read for free online at Internet Archive. Sixteen favorite tales, including ‘Hansel and Gretel,’ ‘The Musicians of Bremen,’ ‘Rapunzel,’ and ‘The Frog Prince.’