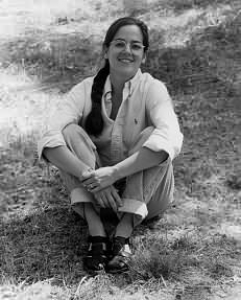 Megan Whalen Turner (born 1965) is an American author of fantasy fiction for young adults. She received her BA with honors in English language and literature from the University of Chicago in 1987. She is best known for her series of young adult novels primarily revolving around a character named Eugenides. Turner has no name for the series herself, but fans have coined it The Queen’s Thief. The first book in the series, The Thief, won a Newbery Honor award. The second, third, and fourth books in the series are The Queen of Attolia, The King of Attolia, and A Conspiracy of Kings. She has also published a collection of short stories, Instead of Three Wishes. Additional work includes the short story, The Baby in the Night Deposit Box, published in a collection called Firebirds, edited by Sharyn November. The Baby in the Night Deposit Box was selected for The Year’s Best Fantasy and Horror. She has also written three uncollected short stories, Thief!, Destruction, and Eddis, which are set in the world of The Queen’s Thief. 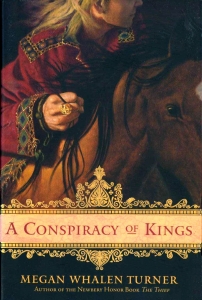 Sophos, heir to the King of Sounis, finds himself a field slave on the estate of his father’s enemy. 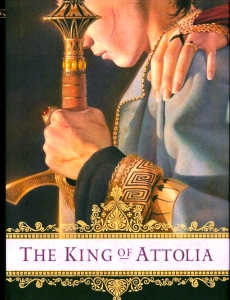 Married to the Queen of Attolia, Eugenides must consolidate their power before the Medes return. 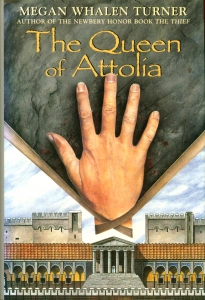 Eugenides, the Queen’s thief of Eddis sets out to steal the Queen of Attolia’s heart. 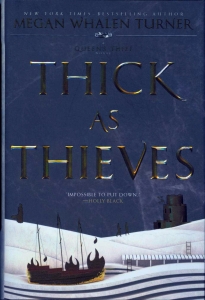 Kamet, slave to Nahuseresh, late ambassador to Attolia, finds himself fleeing for his life. 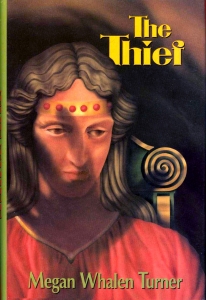 Gen boasts he can steal anything, and the King’s Magus takes him up on it.