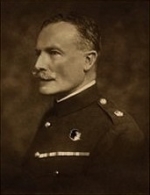 Percival Christopher Wren (November 1, 1875 – November 22, 1941) was a British writer, mostly of adventure fiction. He is remembered best for Beau Geste, a much-filmed book of 1924, involving the French Foreign Legion in North Africa, and its main sequels, Beau Sabreur and Beau Ideal (in fact the so-called “trilogy” was extended in Good Gestes and Spanish Maine, so John Geste’s adventures feature in five books).

When a woman’s precious jewel goes missing, suspicion falls on her nephew. Beau leaves Britain to join the French Foreign Legion, followed by his brothers.