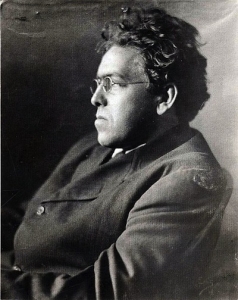 Newell Convers Wyeth, known as N.C. Wyeth, was an American artist and illustrator. He was the pupil of artist Howard Pyle and became one of America’s greatest illustrators. During his lifetime, Wyeth created over 3,000 paintings and illustrated 112 books, 25 of them for Scribner’s, the Scribner Classics, which is the work for which he is best known. The first of these, Treasure Island, was his masterpiece and the proceeds paid for his studio. Wyeth was a realist painter just when the camera and photography began to compete with his craft. Sometimes seen as melodramatic, his illustrations were designed to be understood quickly. Wyeth, who was both a painter and an illustrator, understood the difference, and said in 1908, “Painting and illustration cannot be mixed—one cannot merge from one into the other.” 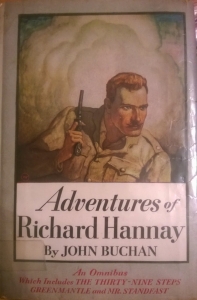 Richard Hannay is an ordinary fellow caught up in extraordinary events in England and Scotland. This volume contains The Thirty-nine Steps, Greenmantle and Mr. Standfast. Read online at Hathitrust. 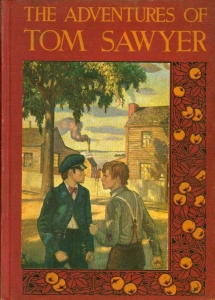 The Adventures of Tom Sawyer by Mark Twain is an 1876 novel about a young boy growing up along the Mississippi River. The story is set in the fictional town of St. Petersburg, inspired by Hannibal, Missouri, where Twain lived. 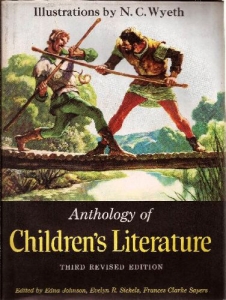 An immense anthology with everything from Mother Goose to Eve Curie. 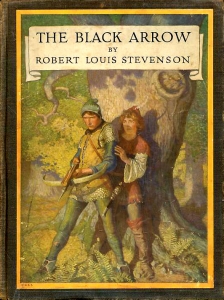 An historical romance set during the Wars of the Roses. Read online at Hathitrust. 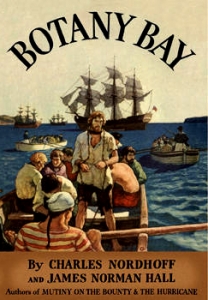 Hugh Tallant, an American living in England is convicted of highway robbery and sent to the Australian penal colony in the ‘First Fleet.’ 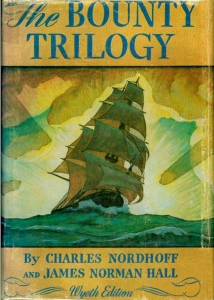 An omnibus edition of Mutiny on the Bounty, Men Against the Sea and Pitcairn’s Island. 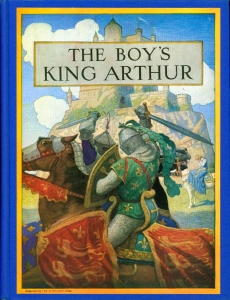 A retelling of the Arthurian romances taken from Sir Thomas Malory. Read online at Hathitrust. Doctor Peter Blood is taken up in the aftermath of Monmouth’s Rebellion in 1685 and transported as a convict-slave to Barbados. Based on a true story the book tells of his transformation into the dread pirate Captain Blood. Read online at Hathitrust. 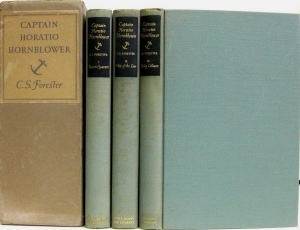 This uniform three volume set includes Beat to Quarters, Ship of the Line and Flying Colours. This omnibus volume contains the first three adventures of Horatio Hornblower, R.N. Beat to Quarters, Ship of the Line and Flying Colors. This is a much larger selection of Longfellow’s work Read online at archive.org. This version contains only eight poems. Read online at archive.org. Captain Sir Horatio Hornblower, R.N. leads a squadron of British naval vessels on a military and diplomatic mission in the Baltic Sea.

The Courtship of Miles Standish (1920) 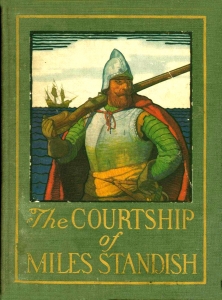 Longfellow’s account of the rivalry of Miles Standish and John Alden for the hand of the fair Priscilla. Read online at archive.org.

David Balfour: Being Memoirs of His Adventures at Home and Abroad (1924) In this second volume, David Balfour continues his adventures as he puts himself on the right side of the law, reclaims his inheritance and finds himself a wife. A collection of sea stories with illustrations by different artists. While written last, in 1841, The Deerslayer is chronologically the first in the Leatherstocking Tales. Natty Bumpo, a European raised among American Indians, is the hero of the series. This is the story of Johnny Fraser and his part in the Revolutionary War in the South. Hans and Gretel Brinker’s father has been unable to work so they must help support the family, but they still have fun skating on the Dutch canals in winter. The story of a hurricane that strikes a south Pacific island.