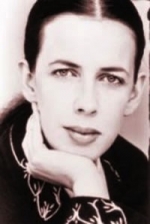 Angela Barrett studied illustration at the Royal College of Art and after graduating in 1980, she began an acclaimed career in children’s book illustration.

She is one of Britain’s most highly acclaimed illustrators. She has won the Smarties Book Prize and the W. H. Smith Illustration Award for her work and has illustrated more than twenty-four books for children, including classic tales, fairy tales, biographies, story collections, and picture books. She lives in London.

A family of dolls waits in their house for a new family to move in.