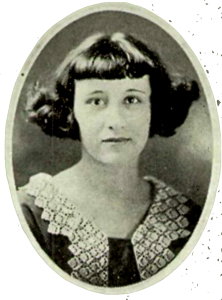 Dale Conner Ulrey was an early member of the “second generation” of Oz artists, those like Evelyn Copelman who re-interpreted the Oz books after the original editions.

Ulrey was a professional graphic artist those first experience was in comics. She worked for Mary Orr on the Depression-era comic strip Apple Mary, which changed to Mary Worth’s Family in 1938 when Ulrey took over the artwork. She continued with the strip until 1942.

She went on to work on the strips Ayer Lane and Hugh Striver through the 1940s. The writer of the latter comic was her husband Herb Ulrey.

She also illustrated the company’s 1955 edition of The Tin Woodman of Oz — though sales of that edition were so poor that the publisher abandoned plans to issue other Oz books with new illustrations, and continued to use the established pictures of John R. Neill.

Ulrey also illustrated Jaglon and the Tiger Fairies, Jack Snow’s expansion of a Baum story; it was published in 1953, but was not a popular success.

Notwithstanding the limited commercial impact of these endeavors, Ulrey’s art for Oz has generally been praised for its humor, spirit, and liveliness. 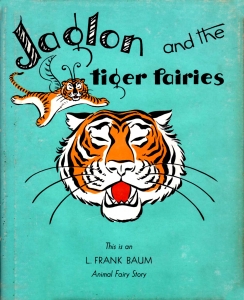 Abandoned at birth, Jaglon enlists the help of the tiger fairies to reclaim his throne. 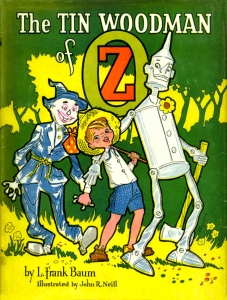 The Tin Woodman visits his old stamping grounds with his friend the Scarecrow to see what became of his former fiancee Nimmie Amee. This edition has new illustrations despite the dust jacket copy. 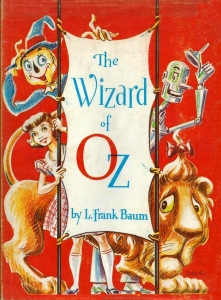 When the copyright expired, Reilly & Lee were finally able to add an edition of the first Oz book to their list. This edition has new illustrations by Dale Ulrey. The jacket is by Dick Martin.