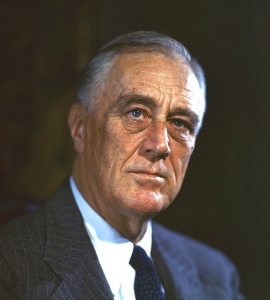 Franklin Delano Roosevelt, often referred to by his initials FDR, was an American politician who served as the 32nd president of the United States from 1933 until his death in 1945. He won a record four presidential elections and became a central figure in world events during the first half of the 20th century.