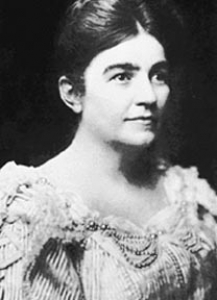 Gene Stratton-Porter (August 17, 1863 – December 6, 1924) was an American author, amateur naturalist, wildlife photographer, and one of the earliest women to form a movie studio and production company. She wrote some best-selling novels and well-received columns in national magazines, such as McCalls. Her works were translated into several languages, including Braille, and Stratton-Porter was estimated to have had 50 million readers around the world. She used her position and income as a well-known author to support conservation of Limberlost Swamp and other wetlands in the state of Indiana. Her novel A Girl of the Limberlost was adapted four times as a film, most recently in 1990 in a made-for-TV version. 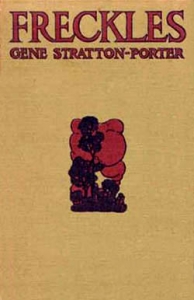 A one handed orphan takes on the job of protecting the valuable trees in the Limberlost from timber pirates. 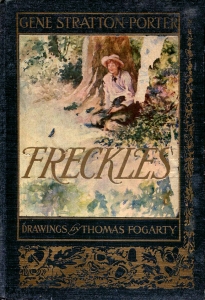 A young man missing his right hand undertakes to guard the Limberlost from timber thieves.