The Wee Men of Ballywooden

Arthur Mason was an Irish sailor and gold prospector. He learned about the Wee Men from his mother when he was a boy growing up in Ireland. In this first book he tells of the Night of the Big Wind and how the Wee Men recovered their bagpipes from the rascally jackdaw. This was Robert Lawson’s second published book which first brought his detailed and fantastic black and white illustrations to a wide audience. 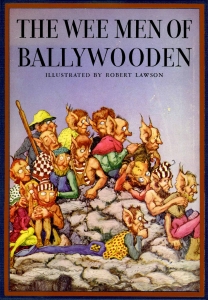 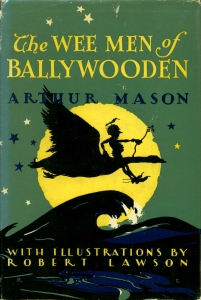 1952
The Wee Men of Ballywooden
(The Viking Press)
Sequel(s): 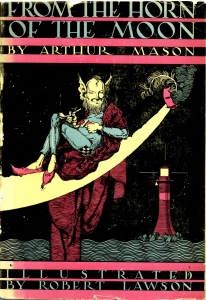 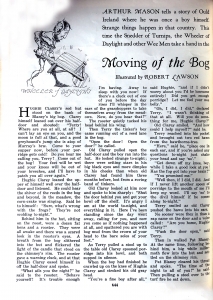 1931
Moving of the Bog
(The Century Co.•Scholastic-St. Nicholas Corporation) 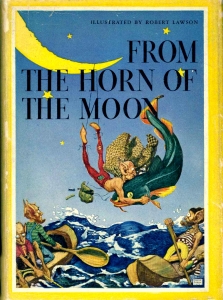 1937
From the Horn of the Moon
(Garden City Publishing Co.)