A group of English women and children led by Jean Paget are captured by the Japanese in Malaya during World War II and forced to march from village to village.

Joe Harman, an Australian prisoner of war, aids them and is crucified by the Japanese for taking some chickens.

After the war, Jean receives an inheritance and returns to Malaya to build the villagers who took them in a well. She learns that Joe survived the war and goes to Australia to find him. 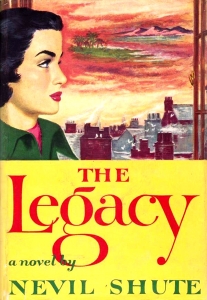