Mutiny on the Bounty

Mutiny on the Bounty is the title of the 1932 novel by Charles Nordhoff and James Norman Hall, based on the mutiny against Lieutenant William Bligh, commanding officer of the Bounty in 1789.

It has been made into several films and a musical. It was the first of what became “The Bounty Trilogy”, which continues with Men Against the Sea, and concludes with Pitcairn’s Island. 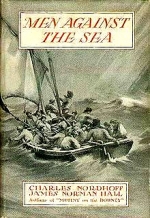 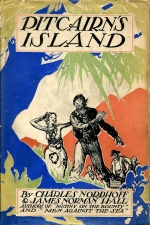 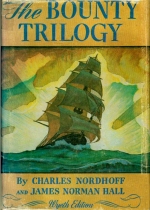 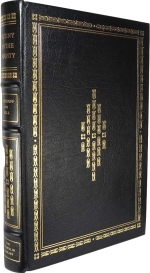 1978
Mutiny on the Bounty
(The Franklin Library)

This book belongs to the Series: The Bounty Trilogy