In Northanger Abbey Catherine Morland spends six weeks in Bath where she makes the acquaintance of General Tilney’s son and daughter. When the General invites her to return with them to Northanger Abbey she is prepared for all the gothic horrors such a residence implies.

Persuasion is considered by many to be its author’s greatest work. Anne Elliot ‘with an elegance of mind and sweetness of character,which must have placed her high with any people of real understanding’ is burdened with a father and older sister given over to self-love and fashion. Persuaded in the first flowering of her young womanhood to give up her engagement to a young naval commander with no prospects, she is forced now to see him rich and courting her brother-in-law’s younger sisters. 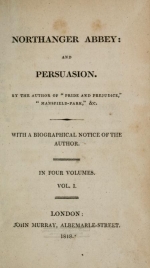 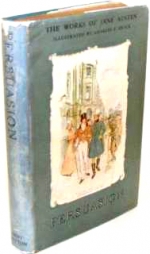 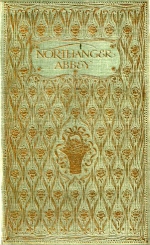 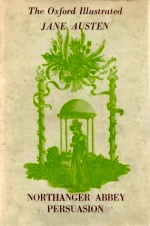 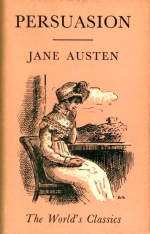