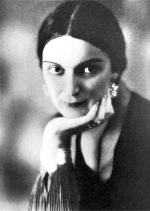 Award-winning American author and illustrator Erick Berry was a pseudonym and the author was actually female! She was born Allena Champlin in New Bedford, Massachusetts in 1892. An early love of books was instilled in her by her librarian father, however she went on to study art. She was so influenced by Eric Pape that she took on the name of Erick for her writing. Berry was her married name from her first marriage.

After graduating Ms. Berry took on a wide range of art-related jobs including murals, advertisements and designing toys and cards. She then went on to further study art in Paris and then travelled to Africa. Her first two books were non-fictional accounts of life in Africa. There she also met her second husband, Herbert Best, an author whose books she was to illustrate. She took the married name of Allena Champlin Best.

She went on to write many more books of her own. These included a wide range of subjects and were both fiction and non-fiction. She won the Newbery Honor Award in 1934. Most of her books she also illustrated herself. Two of her books featured horses; both are historical stories set in the time of the American Revolution.