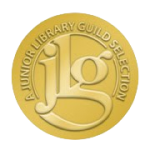 The story of an English lad who sails with Magellan around the world.

Little Blacknose: The Story of a Pioneer (1929) Early American railroading as seen through the eyes of the Dewitt Clinton, the first steam engine built for the New York Central Railroad. 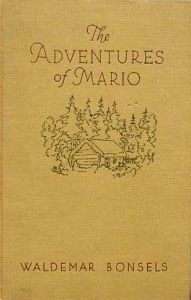 Mario, the young hero of the book, helpless after the death of his mother and driven by an inner force as the animals are, grows up in the depths of the forest where he becomes one of the wild things. A collection of poems by the Prairie Poet. 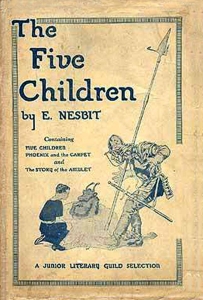 An omnibus edition of Five Children and It, The Phoenix and the Carpet and The Story of the Amulet. Ewen Cameron is out with the ’45 and encounters a British officer Keith Windham who becomes his best friend. 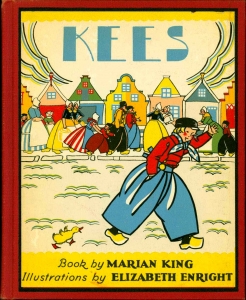 Kees lives in Holland and has a pet duck named Kleintje. Bud Martin decides to take his bulldog and try New Hampshire. He finds a warm welcome with Uncle John and Aunt Sarah. Temperance, her parents dead and she only seven years old, is dispossesed by Cromwell’s officers as a Royalist and sent to live with the neighboring witch. Three children have adventures in an English seaside town. 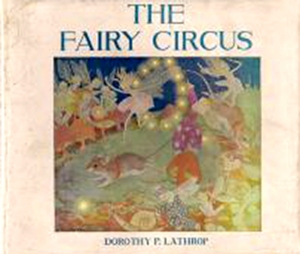 Inspired by a human circus that performs in their meadow, the fairies put on a circus of their own for the woodland creatures. When the Jacobites call on Ewan Cameron’s honor, he must enter into the conspiracy again in this second installment of the Jacobite Trilogy that began with The Flight of the Heron. 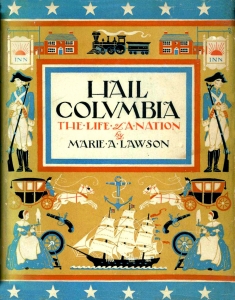 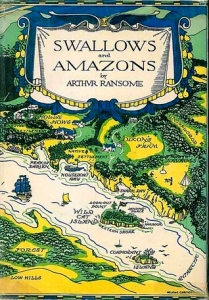 The four Swallows receive permission from their sailor father to sail by themselves on one of the English lakes in a telegram: ‘BETTER DROWNED THAN DUFFERS IF NOT DUFFERS WONT DROWN.’ In this story of old Rumania, Frosina goes to school to learn weaving, but learns much more when she is called home again. 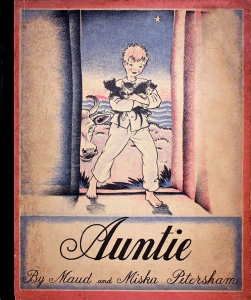 Celia Jane spends a year with her Auntie, then when she is grown up and has a son of her own Auntie comes to live with her.

Berta and Elmer Hader’s Picture Book of the States (1932) 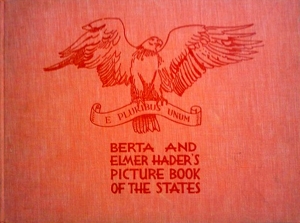 A picture geography of the forty-eight states.

How They Carried the Goods: From the Creaking Sleds of Pharaoh to the Swift Airplane of Today (1932) 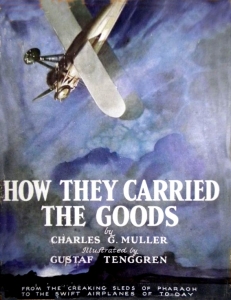 A series of short vignettes describing how goods were carried in historical times. In this, the first volume of her family saga, Laura Ingalls is living with her Ma and Pa, sisters Mary and Carrie in the Big Woods of Wisconsin, near Lake Pepin. 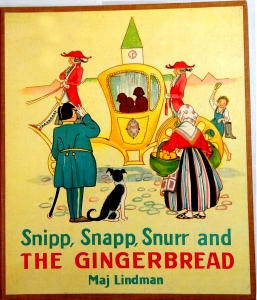 On a visit to the baker, the triplets fall in the batter and are made into gingerbread men.