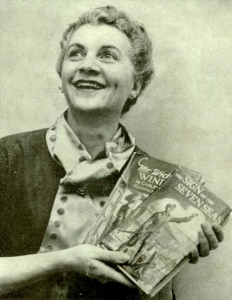 Carley Dawson was born in Louisville, Ky., on June 14, 1909, daughter of George A. and Grace Chess Robinson. She lived in England after World War I and attended the then newly created Montessori School.

After living in Paris,where she studied music under Nadia Boulanger, Mrs. Dawson returned to Louisville to make her social debut. She married Richard Hope Hawkins of London and returned to England in 1939. She returned to the United States and lived in Washington, D.C., and then in Santa Fe, N.M.

Mrs. Dawson was a composer, actress, author of three historical novels and a French translator. She opened and managed a shop in London for a perfume firm known as Mary Chess, which was formed by her mother in New York City after the Depression. Several other branches were located in America for many years. 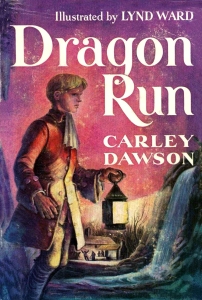 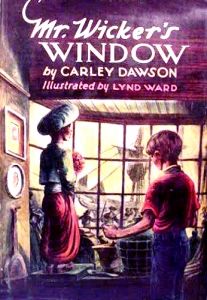 When Chris applies for a job at Mr. Wicker’s antique shop, he doesn’t realize it involves traveling two hundred years into the past. 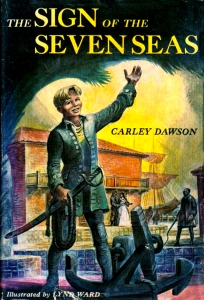 Chris is sent back in time on another adventure, this time around Cape Horn in search of treasure.