Tibor Gergely (1900-1978) was an artist best known for his work in several popular children’s books. Born in Budapest in 1900, he studied art briefly in Vienna before emigrating to the United States in 1939, where he settled in New York City.

Largely a self-taught artist, he also contributed several covers of The New Yorker, mostly during the 1940s. Among the most popular children’s books Gergely illustrated are The Happy Man and His Dump Truck, Busy Day Busy People, The Little Red Caboose, The Fire Engine Book, Tootle, Five Little Firemen, Five Hundred Animals from A to Z, and Scuffy the Tugboat.

Many of his better known books were published by Little Golden Books. His best work is collected in The Great Big Book of Bedtime Stories. Gergely died in 1978, in New York.

As of 2001, Tootle was the all-time third best-selling hardcover children’s book in English, and Scuffy the Tugboat was the eighth all-time bestseller.

Two dozen stories and poems about the animals of River Bend. 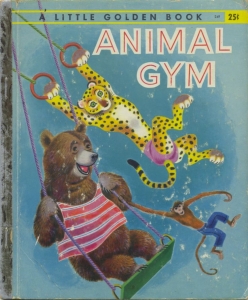 What would happen at school if elephants walked the balance beam, monkeys climbed all over the monkey bars, and tigers went up the rope? 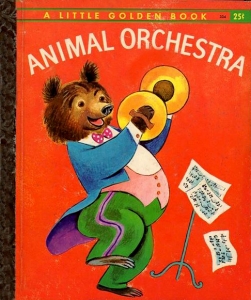 Animal friends get together to make some music. 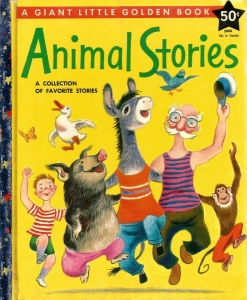 A Giant Little Golden Book containing The Happy Man and His Dump Truck, Animal Gym and The Merry Shipwreck. 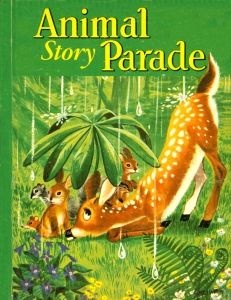 A collection of stories from Story Parade magazine.

Animals: A Picture Book of Facts and Figures (1974) 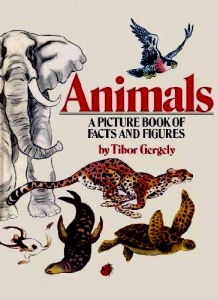 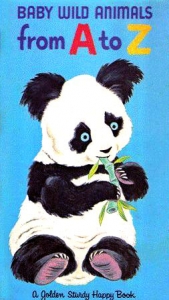 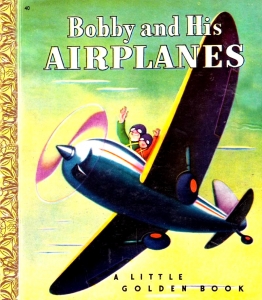 Bobby wants to fly higher and higher as he tries different means of aerial transport. 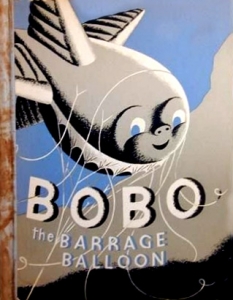 A story about what a barrage balloon does to protect its country. 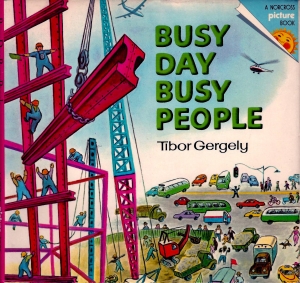 A pictorial exploration of work from the farm to the circus. 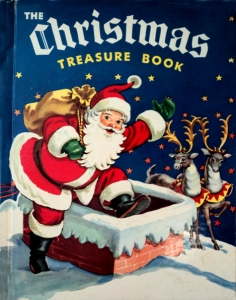 An anthology of Christmas stories and poems featuring many of the Golden Book artists and writers.

Christopher and the Columbus (1951) 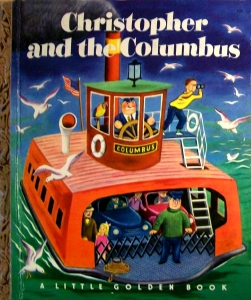 The captain and crew of the ferry boat Columbus rescue three castaways. 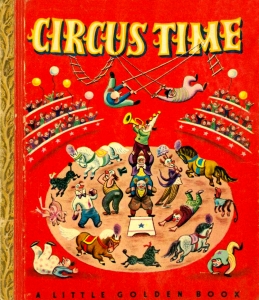 Molly and her Daddy spend the day at the circus. Later editions have more color but fewer pages. While children are playing their daddies are working to make sure there is food on the table, clothes to wear and a roof over their heads. This celebration of the zoo includes a song. Later editions have fewer pages. A little gray mouse gets the jungle animals to help his rid his house of a dangerous monster.

An introduction to oceanography. When Runyon Jones’ dog Pootzy ends up in Purgatory, he is determined to get him back. 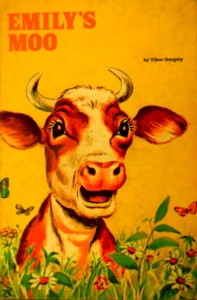 Emily knows that cows say moo, but she has never learned how.