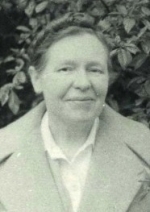 She wrote a noted children’s book, The Ship that Flew (1939) which concerns Norse mythology and time travel. It was republished in the Oxford Children’s Modern Classics series in 1998. Several of her historical novels, e.g. I am Mary Tudor (1972), received attention. Most of her work is now out of print, but three of her young adult novels, Harold Was My King, Here Comes Harry and The Gentle Falcon are available as interactive ebooks in iTunes and Amazon from Beebliome Books.

Peter buys a model ship from an antique store for “all the money he has in the world -- and a little bit more” and discovers it can carry its owners through space and time.