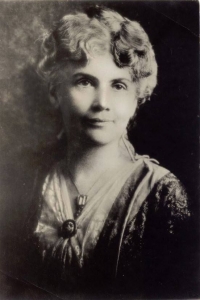 On December 1, 1893, eight women met in the Austin home of Mrs. Thomas F. Taylor to form a club for the study of American history and literature. Mrs. Taylor had been a newspaper correspondent and drama critic in Washington, D.C. On her return to Austin in 1883, she foresaw the good influence women could exert in a community.

At the first meeting a temporary organization was set up, membership was limited to fifteen, and a bylaws committee and program committee were appointed. At the second meeting Mrs. Taylor was elected president. In 1901, Anna J. Hardwicke Pennybacker (pictured) became president. 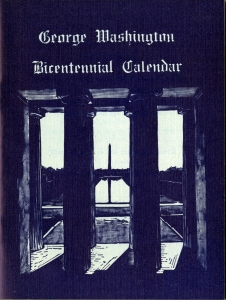 This calendar published by his high school history club was Robert McCloskey’s first publication. The image is provided from the collections of The Western Reserve Historical Society.