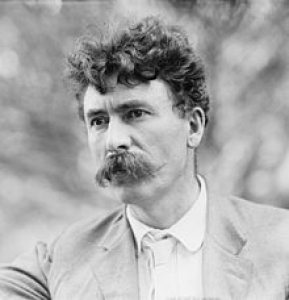 Ernest Thompson Seton was a noted author, wildlife artist, founder of the Woodcraft Indians, and one of the founding pioneers of the Boy Scouts of America (BSA). Seton also influenced Lord Baden-Powell, the founder of Scouting.

His notable books related to Scouting include The Birch Bark Roll and The Boy Scout Handbook. He is responsible for the appropriation and incorporation of what he believed to be American Indian elements into the traditions of the BSA.

Famously, on his 21st birthday, his father presented him with a bill for his birth, upbringing and education, which he paid -- and never spoke to his father again.

Ernest changed his name from Ernest Seton Thompson to Ernest Thompson Seton in 1902.

As the cofounder of the Boy Scouts of America, many of his publications were ephemeral, such as the Birch Bark Roll of which there seem to have been nearly twenty issues. 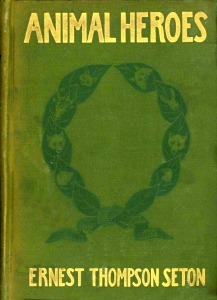 A collection of eight animal biographies based on real individuals, including a cat, a dog, a pigeon, a lynx, two wolves and a reindeer. Read for free online at Internet Archive. 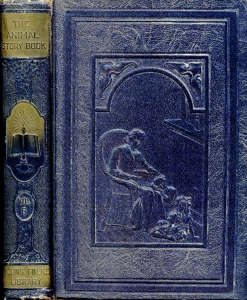 One of twenty volumes of the Young Folks’ Library, Thomas Bailey Aldrich editor-in-chief. Read for free online at Internet Archive. Posthumously-published work on tracking by the noted woodcraft author. 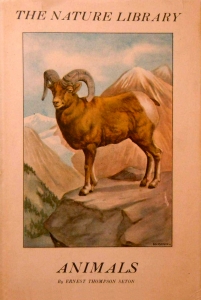 Selected lives from Life-Histories of Northern Animals. This appeared in many editions under various titles. 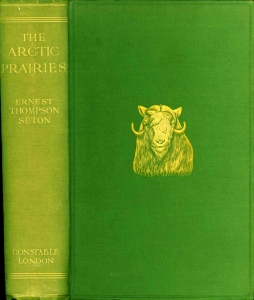 The true story of Ernest Thompson Seton’s 2000-mile, six-month canoe journey across northern Canada in 1907 in search of caribou. Read for free online at Internet Archive.

Bannertail: The Story of a Gray Squirrel (1922) Animal biography of a gray squirrel. Read for free online at Internet Archive.

The Best of Ernest Thompson Seton (1949) 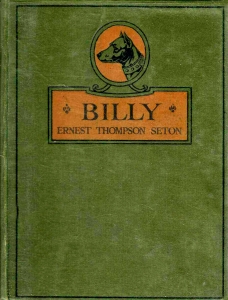 A collection of animal life stories. 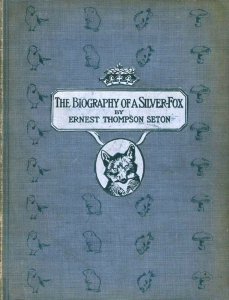 The life story of a silver fox and the humans who met him. Read for free online at Internet Archive. 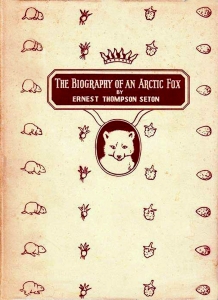 The life story of an arctic fox. 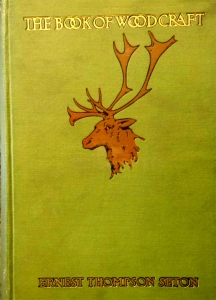 A comprehensive guide to woodcraft by one of the founders of the Boy Scouts of America. Read for free online at HathiTrust. 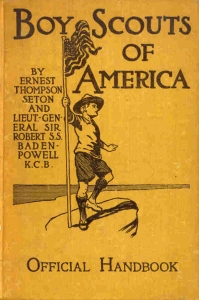 The ‘Original” edition of the Boy Scouts of America Handbook was written by E. T. Seton, using some of the material from R. Baden-Powell’s Scouting for Boys. Read for free online at the E. T. Seton Institute. 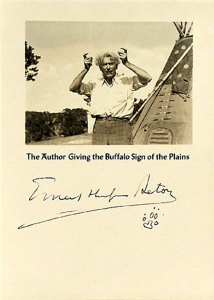 A limited edition of only 250 copies was printed. The image above is a photograph of the author that was pasted into each copy. An anthology of animal stories. The Cute Coyote and Other Animal Stories (1930) Selections from Lives of the Hunted, Wild Animals at Home and Wild Animal Ways. An anthology of the writings of Ernest Thompson Seton, British-Canadian-American naturalist and founder of the Boy Scouts of America. A collection of stories about animals including myths, fables, fairy tales and true-life adventures.

Foam Razorback: His Life and Adventures and Other Stories (1927)