Walter John de la Mare, OM, CH (April 25, 1873 – June 22, 1956) was an English poet, short story writer and novelist. He is probably best remembered for his works for children and for his poem The Listeners. He also wrote some subtle psychological horror stories, among them Seaton’s Aunt and Out of the Deep. His 1921 novel Memoirs of a Midget won the James Tait Black Memorial Prize for fiction, and his post-war Collected Stories for Children won the 1947 Carnegie Medal for British children’s books. A collection of poems for children. 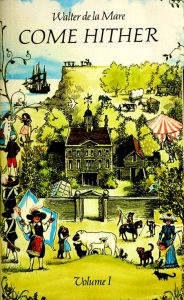 A very large collection of poetry, here printed in two paperback volumes. The covers are illustrated by Erik Blegvad, as is the slipcase for the two volumes.

Read Volume I online at archive.org. A rather difficult play for children. Read online at archive.org. 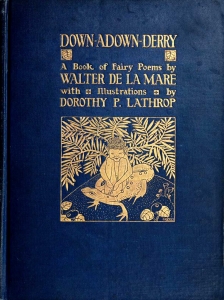 A book of fairy poems. Read online at archive.org.

The Dutch Cheese and Other Stories (1931) 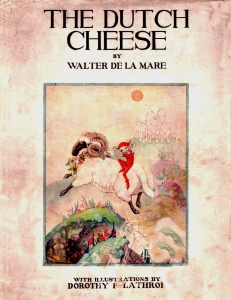 A collection of original fairy stories.

The Fairy Shoemaker and Other Fairy Poems (1928) 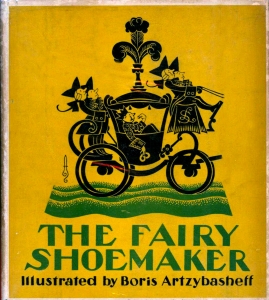 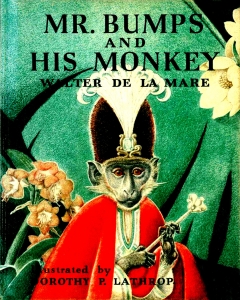 A collection of poems. A collection of poems. This is a larger format than the 1946 printing. 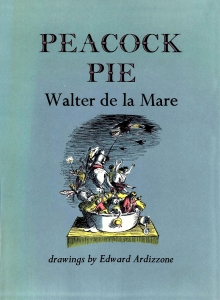 This is a revised and enlarged edition of a very popular collection of poems first published in 1913. 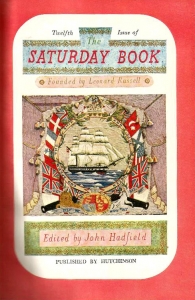 Five drawings by Ardizzone are included in this popular Annual miscellany featuring British authors and illustrators. 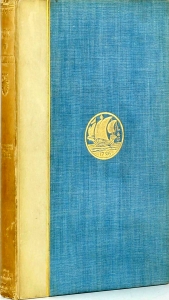 A collection of poems intended for children. The frontispiece is by Richard Doyle. Read for free online at HathiTrust. A collection of ghost stories including Demon at Green Knowe. Bible stories re-written for children from the garden of Eden to the promised land. 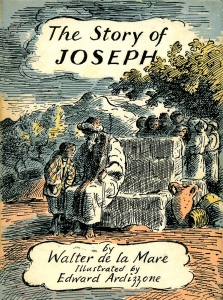 Joseph is sold into Egypt as a slave but rises to become the Pharaoh’s vizier. The story of the Hebrew baby who goes from bullrushes to prince of Egypt, to fugitive murderer to chosen leader of the Jewish people in their exodus from Egypt. The story of the prophet and the first King of Israel.

Sung Under the Silver Umbrella (1935) 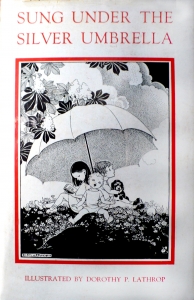 An anthology of poems 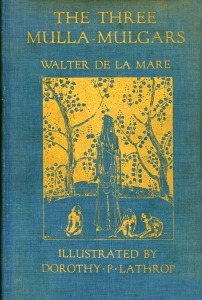 Thumb, Thimble and Nod set out to find their royal father and the earthly paradise of Tishnar. Read online at archive.org. An anthology of adventure stories and poems for younger children.